Is your child not talking yet? Having developmental and congenital disabilities? Then, it would be best if you were worried about it, but worrying won’t help at all. At least there are things that could be done or have to be done to prevent such. So When Should you worry if Your child is not talking as a parent or guardian?

Let’s start on “what childhood is”

Therefore, it is expected for a child to have been talking, i.e. (having a clearer speech), since the onset of having completed its infancy stage(a period that extends from birth to year 1).

Right after birth, there is usually a great bond between a mother and her child, so strong that she is being able to perceive the needs and wants of the baby when necessary, including the emergency needs like; wanting to poo, wanting to empty his or her bladder, not wanting to take a particular feed for a specific moment, even the constant cry of the baby, she can determine the reason why due to strong instincts.

let’s say the baby cries not because of food, it could be mild rashes and irritation on the baby’s skin, etc., and then she takes care of it with immediate effect.

Things like being able to have started crawling at the 6th-10th months (which varies in some male and female babies). Some say it’s earlier for a male than a female, right before that, the ability to have been able to hold head firmly, and tilting when necessary, which occurs around 2months in some babies, later in being able to sit up having achieved the former(with consistent practice and support).

In fact, some babies omit the crawling stage and go on straight into standing, but this can have an aftereffect later.

So between 9-12 months, it is possible for a baby to have started walking! While in some, it takes longer than that.

Following all these stages and kick-starting the”childhood stage,” the baby should have been able to have started talking (communication through speech).

When should you worry if your child is not talking

It would therefore break the mother’s heart, seeing that her child is not able to talk at that stage of development.
People might want to help by saying things like “it’ll get normal soon,” “it’s just a matter of time,” or “there are some babies that have gone through this and come out of it successfully,” some may say, “oh, I was like this at such a stage too.” All these hold up the mother’s worries, but at times it can’t be helped.

Even some pediatricians might find it hard to take it lightly with the mother of the child. Hence much effort and assistance are needed.

So, medical attention may be needed urgently in such a case, and the body in charge of dealing with the care of children in health and diseases is called “pediatrics.”

Now, imagine a child who’s started kindergarten already that does not talk; this would make the teacher worried, talk more to the child’s mother, who would be more worried about her child having problems with speech or language development.

In some cases, the child might understand words or language, but the problem then lies in the fact that the child is having a hard time not being able to talk.

But, we should not forget that there’s a need for an earlier routine that is demanded of the mother to her child, for a proper exercise of speech development.

As a mother, you must do well to have been a great back to back follow-up and fast learning human tool for your child right from the early stage of birth, by doing stuff like:

Doing all these could at least prevent any disorder unless it’s been inborn.

Following a clinical term, it is called “speech delay.”

What do we call speech delay?

This disorder is mostly associated with the inability of a child not to talk. It is common among children, about 10 to 15 percent.

Early signs to note that are associated with speech delay

It’s best to look out for factors that could be the cause of these.

1. Shock effect that may be due to a past accident, in such a case, it’s possible for the child to outgrow it later on

2. Some may be suffering from psychological and social issues.

3. Gene related characterized with such a disorder having been passed from one generation to another

4. Cognitive communication disorder could be intellectual impairment as well

8. Being an incubator baby, i.e., being born prematurely

9. Stammering (a speech disorder associated with the disruption of a speech by involuntary repetitions and prolongation of sounds, syllables, words, and phrases).

10. Ignorance or lack of proper attention to the child right from birth by the mother.

It is also essential that mothers breastfeed their baby for 6months or about; some even take longer before they stop as this breast milk helps in congenital development of the brain for the growing child.

Even with or without taking their child for speech therapy, most mothers would still not be convinced but only if there’s going to be an improvement in doing so.
However, it’s reasonable and necessary to take your ward or child for speech therapy!
At least with the possible training exercises, your child would receive during that period, there’s a maximum probability of a clear difference.

A speech-language pathologist is responsible for such.

Who is a speech-language pathologist?

A speech-language pathologist is trained to evaluate and prevent psychological, social, and cognitive impairment in children, even adults. Research shows that these people have a Master’s degree or doctorate in their specialty and a certificate of clinical competence. They also have licensed practitioners.

What they do to help

These set of people put their best in making sure they do all their necessary best by :
1. Use of articulation therapy
2. Through feeding or swallowing therapy
3. Language activities like playing, talking, books etc
4. Through the use of sign language
5. They could as well prescribe a material to the mother of the child who could help.

To bolster some of these points:

Use of articulation therapy

Let’s start with defining “Articulation” which is the quality, clarity, or sharpness of speech. The speech-language pathologist is exercising it to the child because proper articulation aids a child with speech delay. Children living with this disorder find it difficult to make it through in-class or complete classwork, including homework.

The disorder is otherwise known as “Dysphagia.” This therapy aids the child with swallowing difficulty. Therefore, the patient is subdued to exercises that can help improve the normal function of the muscles associated with swallowing. The exercise could as well stimulate the nerves that trigger the swallowing reflex. Food is quite the principal tool for activity.

Through the use of language activities

To improve communication skills, language fun activities like games. e.g., word games that uniquely develop the child’s vocabulary, jokes could also encourage or hasten wordplay. You should bear in mind not to repeat their mispronounced words; instead, make it your priority to give them back in a correct way.

For example, when a child says, “the table is under the shoe”, you correct the child by saying, “the shoe is under the table.” Other fun activities like riddles, rhymes (this promotes memory retention and restores good listening skills), and storytelling make them have a pictorial imagination and hence promote their memory retention and song, tongue twisters, homonyms, and so on.

As there are alphabets and figures, there are tools that can be used as a sign that represent each of them.
This easily makes the child not forget.

With these, even when you are worried about your child not being able to go through some of the listed measures and preventive measures. There would not be the need for you to worry anymore!

Have You Read These Yet?

Learn How to help a stuttering child at home

How to handle first child when second is born

How to help a Child with anxiety in the classroom

Positive parenting is the continuous relationship of parents and children that includes unconditional love and care. It includes nurturing, guiding, and empowering the child. Positive…

The challenges faced by parent of autistic children and the way and manner to live with them and manage them effectively can be daunting. Such…

Drop offs are hard. They’re tough for parents and kids alike. When your child starts kindergarten, drop-offs can be a stressful time. It’s not just…

Is the sibling rivalry in your home getting out of hand? Here are the signs to watch out for so you can deal with the…

Breast milk is unarguably the best form of milk and the most essential for nursing babies. Nonetheless, there comes a time where your child transitions… 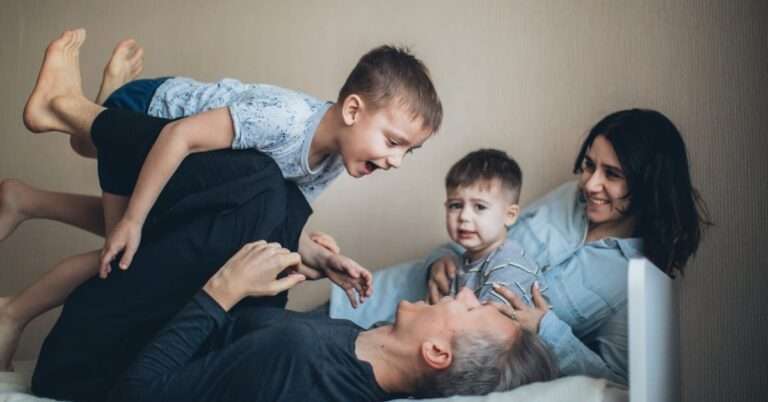 Before discussing styles of parenting and which one is the best. Let’s have a look at what parenting is and why positive parenting is important?…