Games and other fun activities used to keep children engaged have been digitized in this generation. As a result, toddlers most times would rather play games on their digital devices than play board games, physical indoor games, or play with toys. Besides, these toddlers are surprisingly fast in grasping the basic concepts of these games in their digital form.

As parents, you want to flow with the tide; you do not want your toddlers to be left behind on the trend of the fun ways to grow. These kid games are part of new game consoles like Wii, designed by Nintendo.

This game console has special interactive features and motion graphics that stimulate players to feel the almost real-life sensation. Now imagine how that would be if made for kids?

Oh Yes! There are games on the Wii consoles explicitly designed for kids of different age groups.

This article will discuss some of the criteria you need to use if you want the optimal game interface for your child’s development. After, you will get to see some of the best games that your toddlers and even older kids can play on the Wii console.

Choose games based on age ratings

The standard game regulatory principle mandates the game’s creator to rate the game according to the age group it is suitable for. You don’t want your 3 years old toddler playing a game for 13 years old children.

These games are modified according to the level of exposure that is safe for kids’ mental and emotional health. That is why you see some games have viewers’ discretion and warning signs.

Choose the games that fit your child’s health condition

Some toddlers have medical conditions that would not allow them to get exposed to flashy screens or motion. As a parent, you have to understand your child’s medical condition and games that are suitable for the baby.

Choose the mentally stimulating games for your toddlers

Even amid games meant for your child’s age group, you should look for the ones that can offer your child maximum value. A puzzle game or a word search game may prove instrumental to developing critical thinking in the toddler than a sword fight game, for instance.

Also, the game should allow the toddler to imagine as free and wild as possible. Finally, it must also be gratifying; rewards are essential for great games and mental exercises. Essentially, the game should strike a balance between fun and learning.

You should look out for how easy it would be for your child to play whatever game you purchase on their own. Ask yourself these questions: Are the game instructions clear? Can an average child navigate the menu options? Are the graphical illustrations catchy enough for children?

Below is a list of some of the best Wii games for toddlers and the pros and cons of buying them.

This Wii game is built after the popular Disney character â€“ Mickey Mouse. It is written after the original Mickey Mouse story. To make it more realistic, the characters in the game are voiced by the original voice actors in the Mickey Mouse movies. The toddler is in total control of what transpires in this game world, and they can imagine as many possibilities as possible.

2.Â  Mario & Sonic at the Olympic Games for wii

Ever since the sonic movie premiered, it has been one of the most loved characters by toddlers over the globe. This game allows the toddlers to use characters in the original series to compete in an environment like the Olympics.

If you are conversant with the gaming world, even if it’s a little, you would be aware of the legacy of the Mario franchise. The Wii Mario Party 9 is a game that incorporates vintage character design into a modern game interface. It has a lot of mini-games (up to 80) that your toddlers can play.

This is a highly interactive game designed for toddlers with flairs for arts. The Wii game tablet usually comes with a pen that allows kids to input diagrams directly to the game’s interface.

This game was written and designed after the famous J.K Rowling movies series â€“ Harry Porter. In this game, toddlers can do everything Harry and other characters did at Hogwarts â€“ use spells and jinxes, attend classes and play the broom game.

Below are the best Wii games for older kids (kids between ages 4-10).

These games’ build is simple; players get to explore different lands designed by the Nintendo Wii makers themselves. The game has solo and multiplayer options, and it can accommodate up to five kids at once

This Nintendo switch game is a babe ball-themed game for kids between 4 and 12 years old. The game allows the kids to compete in world-class baseball stadiums around the globe with characters that play different roles in a standard baseball game.

A little bit of action and creativity would not hurt, would it? Wii mini craft game is designed to integrate kids between the ages of 6-12 with building and creativity. The game requires the player to build what he needs to complete missions, including weapons, machines, tools, and so on.

Disney Plus Movies for Toddlers

This is a game of races built for kids older than 6 years of age. The mission is simple across all game modes, race other cars and win a race.

This game features puzzles, finding clues, and adventure â€“ everything you will experience in real-life treasure hunting.

There are a lot of ride on toys for toddlers in the market today. Whether they’re starting to walk or ride a trike, these ride…

Today’s parents are more conscious about the best baby sunscreen because they’re more aware of sun exposure harming their kids. Their fears aren’t unfounded, since…

Looking for baby shower gifts? We’ve got 13 awesome ideas for you right here! RELATED: 18 Fun Games For Baby Shower That Moms And Guests Will… 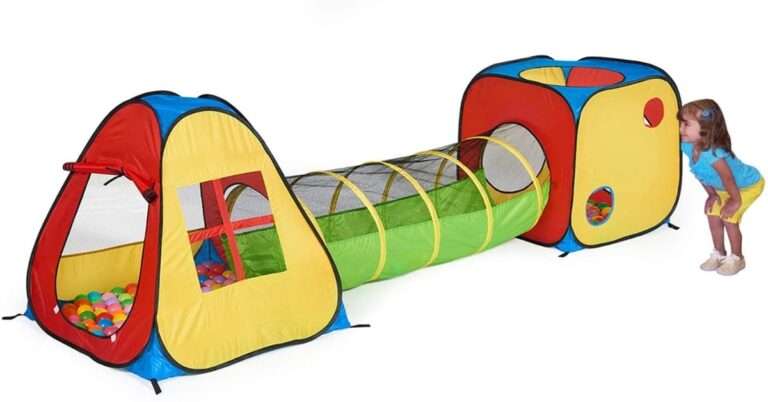 Play-sets for indoor playgrounds are worth investing in. “Playground” might be a word for us but for children, this word means the world. They never…

Learning through play is an important part of a child’s development. And toys offer children that avenue to play, learn and explore. Growing up, most…

Get your toddler excited to go outside with these 17 Best Outdoor Toys for Toddlers – 2022 Edition. These outdoor toys will keep your toddler…