How Effective is Maalox For Diaper Rash

Earlier on in a child’s life, diaper rash is frequently a cause for worry. It can be characterized as a rash that appears in the diaper region, primarily on the genitalia, the abdomen, and the skin folds on the thighs and buttocks. There are claims of the use of Maalox for diaper rash, how effective is this?

The following are typical reasons why diaper rash occurs:

Preventive care is the greatest remedy for diaper rash. The greatest ways to lower the risk of diaper rash are to change wet and dirty diapers often and let your child’s skin dry in between changes.

Even though you keep your infant clean and dry, if a diaper rash does appear, the following remedies may help it go away:

According to research, using disposable diapers reduces the likelihood of developing diaper rash. The stay-dry liners inside cloth diapers can be used to help keep your baby dryer. Soiled diapers should be presoaked and kept apart from other clothing.

Each time you wash, use hot water and double rinse. Avoid using fabric softeners on the diapers as they could irritate the skin or worsen the rash. Antibiotic-using babies are more prone to get diaper rash brought on by a yeast infection.

Yeast-fragile skin with an infection that results in a brightly colored rash with red patches at its edges. Please check in with or talk to your child’s pediatrician about how to treat a yeast infection.

Maalox is a drug that is used to alleviate the side effects of having too much stomach acid, including indigestion, gas, heartburn, and stomach upset. It functions by decreasing the stomach’s acid production as well as its gas production.

Baby diaper rash is a very bothersome issue. It can easily get out of control and hurt your baby. Fortunately, with a little effort on your part, it is manageable. The following are some treatments that my kids have had success with.

For babies, diaper rash is a typical issue. Your baby’s skin may get inflamed and start to degenerate if urine or feces become trapped against it. Your baby’s bottom may become red or develop lumps as a result of this.

The easiest technique to prevent diaper rash in babies is to keep them dry, but regrettably, even when you change your baby frequently, he may still get a rash.

Some babies are allergic to other things, such as scented wipes, lotions, or laundry detergents, while diaper rash is frequently brought on by skin irritation from wearing a diaper for an extended period of time. You might need to use a detergent created specifically for babies or one specifically made for cloth diapers if your baby wears cloth diapers. Yeast infections, dietary allergies, and sensitivities to specific newborn formulas can also contribute to diaper rash.

By keeping your baby’s bottom dry, you can aid in preventing rashes. As soon as you realize that he is wet, frequently change his diaper. A nice moment to let him get some fresh air may also be right after you have changed his diaper. Allowing him to air out his bottom for a little while might keep him dry and rash-free. It could be required to use diaper creams and ointments to reduce redness and stop rashes.

Some babies simply have a higher risk of diaper rash than others, so if yours does, you’ll need to pay close attention to the issue. The most crucial action you can take is to often change your baby’s diapers.

Since the skin is continually exposed to moisture, frequent diaper changes can help avoid diaper rash. The majority of diaper rash ointments available on the market are just intended to shield your baby’s skin from moisture, making them excellent for avoiding diaper rash.

Use an ointment at each diaper change if your infant is prone to diaper rash as a preventative precaution.

What if, though, your infant already has a severe case of diaper rash? As I previously stated, the majority of items marketed as ointments for diaper rash work best as preventative measures rather than treatment.

A severe diaper rash can be treated with a few home remedies. The first is Maalox, that’s right. A Baby’s sore bottom can be treated by dabbing some liquid Maalox on a cotton ball. Before diapering, let it air dry a little.

It goes without saying that you shouldn’t purchase the mint flavor and that you shouldn’t use the bottle of Maalox for anything except diaper rash. For me, this little trick has had great results. It will be effective for you as well

First, avoid using wet wipes on a baby who has a diaper rash. including those that advertise being alcohol-free. Should

An oatmeal bath is a second effective diaper rash therapy. There are numerous excellent oatmeal bath products available, including some made specifically for babies. These are fantastic for diaper rash. It usually just requires one or two baths. These natural treatments for diaper rash may be helpful if you’re seeking some.

The barrier that petroleum jelly forms keep moisture away from the baby’s bottom. This might assist your baby’s bottom to get cleaner.

Olive oil is a cheap and natural lubricant. Good old-fashioned olive oil. It might relieve the baby’s skin and keep moisture away from the baby’s skin.

How does Maalox Help Diaper Rash?

To aid in the drying up of a rash, The aluminum present in Maalox may function as an inhibitor. Maalox may also be helpful by balancing stools’ acidity. Maalox liquid is simply dabbed on by parents on inflamed skin.

How long does Maalox take to clear diaper rash?

Within a few hours, parents have reportedly noticed an improvement, and within two to three days, the diaper rash has virtually entirely healed.

You might feel as if you have purchased every diaper rash cream available, but despite what they claim to be able to do, nothing has changed.

Your child’s diaper rash is still causing them agony and discomfort in the meanwhile. Maybe it’s time to give something a little less traditional a shot.

In a few days, the diaper rash should go away thanks to the Maalox magic paste. However, if there has been no recovery after two to three days, it may be time to contact a pediatrician.

Maalox should only be taken for a few days to treat diaper rash flare-ups and not as a daily preventative measure or for an extended period of time.

When Should I Worry About My Baby’s Diaper Rash?

Talk to your doctor if the condition of your baby’s skin doesn’t improve after a few days of at-home care. Diaper rash may require prescription treatment, or it could have another cause, such as a dietary deficiency in zinc.

Visit your doctor if the baby’s diaper rash is accompanied with:

How do you make Maalox diaper rash cream?

Cream for diaper rash that works

Half a tube of A&D, Desitin, Bacitracin, and Lotrimin should be combined with 2T of Maalox. Use it every time you get a diaper rash until it heals. This recipe may work if your child needs something stronger than the typical store-bought cream to treat a rash.

Combine and stir until creamy. Add a little more Desitin if it seems a little too liquidy. Apply until the rash is completely gone after each diaper change. For subsequent usage, keep it in an airtight container.

Foods that cause diaper rash in breastfed babies

Consult your pediatrician if the rash has progressed to the point where there are blisters or sores that are pus-filled. A pediatrician should examine this since it could be caused by something more dangerous than just sensitive skin. For severe situations, there can be some prescription products. But persistence seems to be the key step in treating diaper rash. Your greatest option for preventing the rash is to stay on top of the issue. 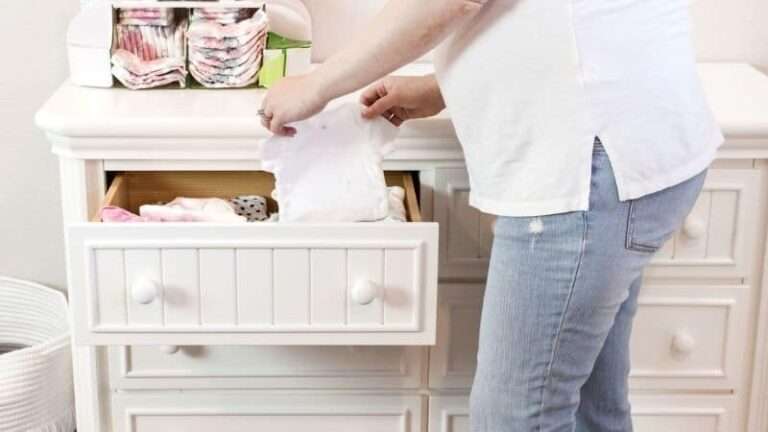 Truth be told, there are not many essentials a healthy baby immediately needs in order to be cared for properly. However, take a walk down…

Autism Spectrum Disorder (ASD) is typically diagnosed between ages 2 to 4, but signs of autism in infants may be recognized at a much younger…

Baby swimsuit designs and styles are endlessly varied. From two-piece baby girl swimsuits to newborn bathing suits, the designs seem endless–it can be confusing to pick one…

Have you ever witnessed your baby experience any of the following after eating; Swallows emptily and repeatedly burps loudly both during and after feeding Coughs…

Keeping your babies safe is an integral part of child care. You need to protect them from inflicted harm and themselves. Babies are not capable…

It’s a terrible feeling when you walk into your child’s room and see that your baby has peed through their diaper at night.    They are…