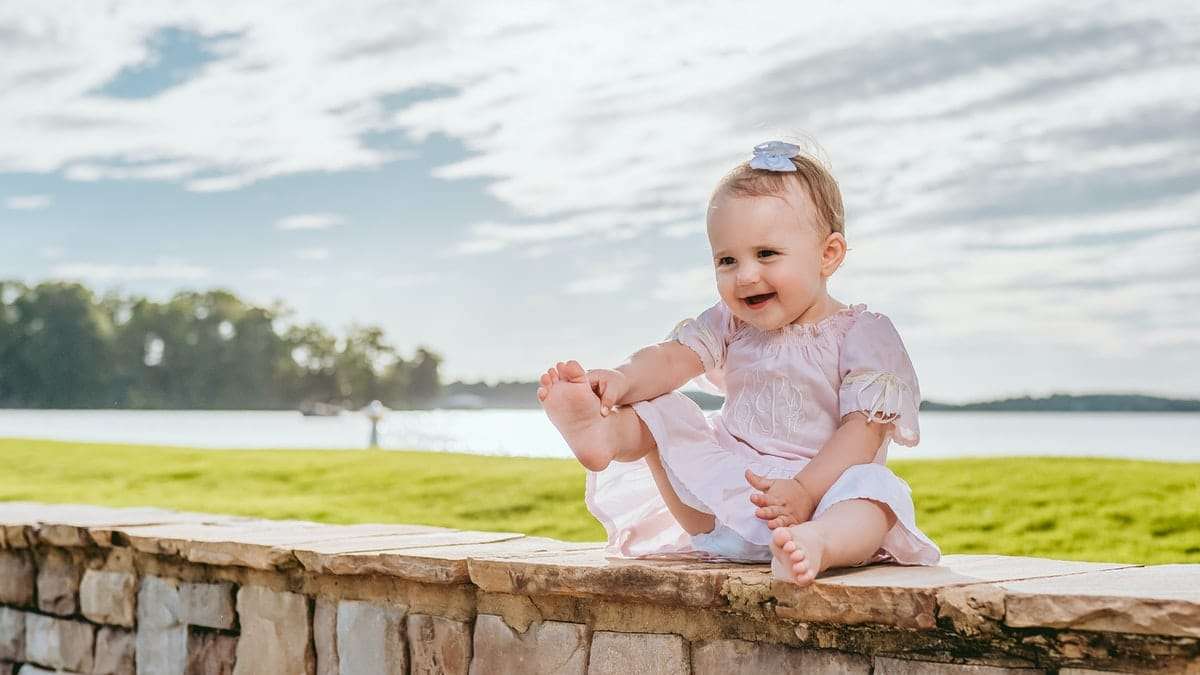 Motherhood is full of challenges, but full of fun too. If you are a mother, reading this, you can relate to it. We all have so many cute things to tell about our children, especially when children become able to walk and talk, I mean when they reach the age of a “toddler”. But at the same time, we, as mothers, have a lot of weird stories to tell about our toddlers. I asked some real mothers to share any weird incidents and they shared some hilarious stories of their toddlers.

Here are some great stories, mothers told us about the weird things their kids do:

“My three-year-old daughter started wanting to climb trees. She’d usually need a boost to get up and then she’d do a bit of climbing. Sounds like a great way to be physically active right?

Her main aim was to get to a comfortable spot where she could sit and “be a koala”. Which involved sitting in the tree with her eyes closed.

If you look closely at the photo, you can see my son looking bemused too.

This was a regular occurrence for a few months.”

Katherine McCrory Shares a weird thing about her son, who is 2-years-old, she says that,

“My son, almost 2, loves to lay down on the ground when we go for walks. Not in revolt, or protest, but to chill.

He’ll talk and bounce his legs around playfully for a few moments and then he’ll stand up with a smile on his face and keep walking.”

Some kids walk or crawl in a different way, looks weird but that is also totally normal.

“My 11-month-old Danilo crawls different than other babies. He uses his upper body and his right knee to move forward.

Most babies crawl by using their two arms and their knees to move around. We tried to teach him to do it the normal way, but he never tried to crawl like a normal baby. Don’t get me wrong the “butt crawl” is faster than a normal crawl and trust me mamas it has been a hassle to keep up with him.

I found it so odd that I asked my pediatrician if that’s normal. He said let me see… we put Danilo to crawl, and he laughs and says my daughter did the same extract thing. It’s totally normal.

It’s kind of cute but at the same time weird.

Monica Greco shared a lovely story about her little girl, she says:

“My toddler loves to go around with her older sister’s potty around the house. She just loves to sit on it and put toys in it.

She’s way too young to be potty trained and I never put her on it, but she must have seen her older sister using it, and thinks it’s something really cool to do!

It’s quite cute to see her walking around the house with the potty in her hand until she finds the next spot where to sit.”

Loving an unusual thing, might be weird for us but not for children.

“My toddler has started this odd phase of keeping her hands full of random objects, and these random objects must come everywhere!

So one morning we are headed out on our usual walk and she insists on bringing this step stool and fleece blanket with us.

I get her in the toy car and she’s still crying about these objects, so I go inside to retrieve them and she instantly stops crying so we walked around our whole neighborhood with this step stool.

Thankfully no one saw us, and if they did I hope they would nod in solidarity!”

This is so weird but cute, Chrissy! It reminds me that once a Stuffed dino attended a wedding ceremony with us because my daughter wanted it to carry with her. And the thing is that it wasn’t even her own dino. She fell in love with her cousin’s dino.

Wait for a second! Another story of carrying weird objects!

My brain is turning back to my childhood, when we were stopped by an officer at an airport, he said that the scan is showing something metallic in our luggage.

It turned out that my 3-4 years old brother was carrying old batteries with him. He wanted those batteries to enjoy a lovely airplane ride with our family.

Kids are awesome. They want something, what they actually don’t want. Skye Osborne‘s story is proof. She Says,

“My toddler must sleep with every light on in his room. These include his night light, lamp, and ceiling light.

If we don’t keep them on for him he gets angry.

Yet every night we watch as he falls asleep with his head buried under his blankets so it’s dark for him.

This has nothing to do with being scare of the dark or monsters or ghosts. It’s just how he’s been for 5 months now.”

It doesn’t matter that it hurts or not, the only requirement is the, ” It should be fun”. Nadia Ganova.

“When my toddler sees someone hitting themselves, she says “Ouch” and then goes and hits herself in a similar way, on purpose.

She would then come to me holding the place and ask for a kiss.

Sometimes she would repeat right after so she would come for another kiss. I think she believes it’s some kind of a game.”

This is a cute story Nadia, My daughter also does something similar, She stands up and falls down on purpose and then shouts out loud and asks for my help. I go to pick her up and kiss her. And she again falls down. And the cycle goes on until I apply a strong distraction.

Caroline Pearce tells about her son:

“My son Killian is a VERY affectionate one and a half year old. He is a sweet and loving boy who loves to give big hugs.

One day we were sitting down at the dinner table getting ready to eat, and when I placed his taco in front of him, he picked it up and gave it a big kiss! He hugged it too. Then he took a huge bite out of it.

I couldn’t help but laugh and think to myself “what a weirdo my son is” and then continue eating my taco.”

I wish I could go back to my childhood and hug my meal just like that. I’m also a foodie but Alas! I can’t hug any food now. I’m all grown up.

No matter what the event is. Children will only celebrate the events they want.

Florina Mirescu tells about her daughter:

Last year Arianna learned so much about birthdays, Easter, Halloween and Christmas.

She was fascinated by the candles on the cake and loved the “Happy Birthday” song and Halloween was her favorite due to the costumes.

When Christmas came and we put the tree up she put on her witch costume (which she still loves ever since last Halloween), went to the tree and started jumping up and down, and shouted with excitement “mummy, look, happy birthday, Halloween! Yeeeey!”.

We have learned that Christmas is also a holiday she loves, but apparently not as much as birthdays and … Halloween!

If you have read my article about, 19 weird things toddlers do, you may know that I mentioned a weird habit of toddlers hiding things in place which are actually non-hidden, but in Jennifer Jarvis Burt‘s case, her toddler didn’t hide the things in non-hidden places. She tells her story:

“As a mother of four, I have lots of funny stories about my toddlers’ habits.

One that sticks out in my mind involves my third child. When he was a toddler, he started hoarding and hiding objects. Things started to go missing in our house—spoons, shoes, my car keys (!), etc.

Every day, I went on several wild goose chases as I hunted down the missing items. He hid them under his toddler bed, in his closet, in the diaper bin, in the toy room, etc.

My son commandeered his sister’s Beauty and the Beast Purse and claimed it as his own. He stored dozens of pacifiers inside the purse (one in his mouth, 23 in the purse), and he kept the collection on his person at all times.

People like to collect things, and toddlers are no different.”

Every first-time parent, especially a mother, searches on google about hunger and sleep cues, and most of the children show some common cues.

But Kate Tekurio‘s son gave a strange signal when he is super tired. Read What she says.

“We all know to look for sleep cues so our little ones don’t get exhausted.

However when my son was born, when he got too tired and I missed the other normal sleep cues he would get shake his head back and forth crazily.

At first, I thought he was just being silly but now I know it means he is super tired.”

The Weird things about children will never end, but we need to end this post somewhere.

“My son was not exactly a new walker at the time, but definitely, a toddler, toddling about, in a hurry to explore the world and all its wonder.

My husband and I took him to a neighborhood park one cool morning for a little play and exploration. As they were playing, my husband picked our son up and began spinning him around. After several seconds (enough for my son to be very dizzy), my husband set him down on the grass. Right away this toddler of ours began fumbling around, completely dizzy. It did not take long for him to fall and when he did it was face forward into the soft billowing grass.

That’s not even the weird part though. Actually, that’s probably a relatively normal thing when one is dizzy, especially for kids. The weird and hilarious part is what happened afterward.

My toddler son fell face-first into the grass and stayed there for what seemed like a minute or two. Of course, my husband and I were laughing the whole time, with full knowledge that this little boy of ours was not hurt. He must have found comfort, or warmth, or who knows what else during that time when his face was buried in the grass.

We still laugh about it to this day when we think back to those early toddler months.”

These kids are weird yet hilarious. I bet every parent has tons of stories about their toddler.

If you have any stories to share, I would love to hear them in comments section.

Read Also: 19 Weird things Toddlers do – But they are normal 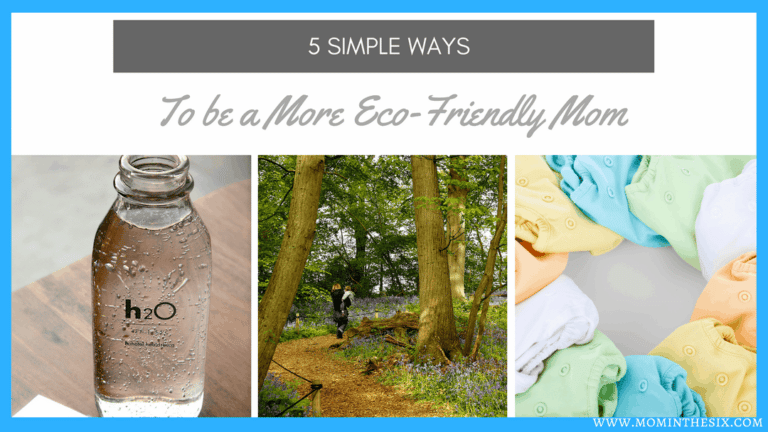 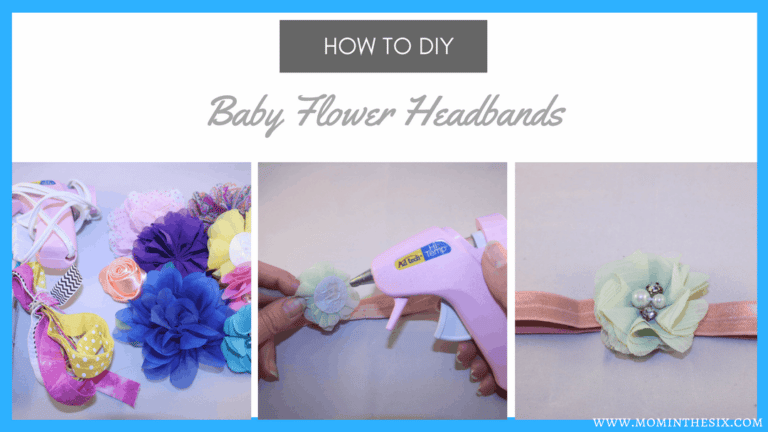 Creating beautiful baby headbands does not need to be hard. Read on for my simple 5 steps to DIY baby flower headbands.  When I found… 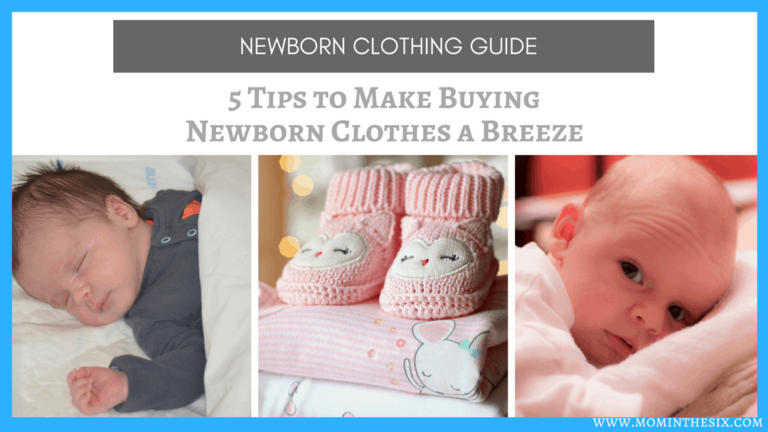 New parents worry about what clothes to buy for newborn. How much is too much? Should I buy Newborn or 0-3 months?  Zippers? Snaps?  Below… 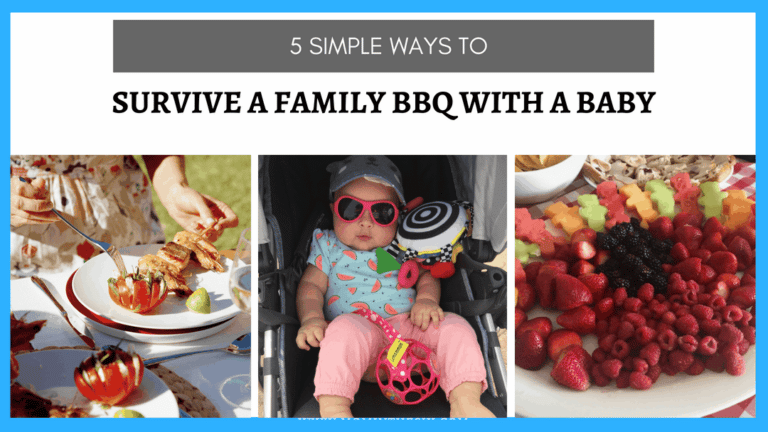 While summer can be the most fun time of the year, it can also be the busiest between barbeques, weddings and showers. When faced with… 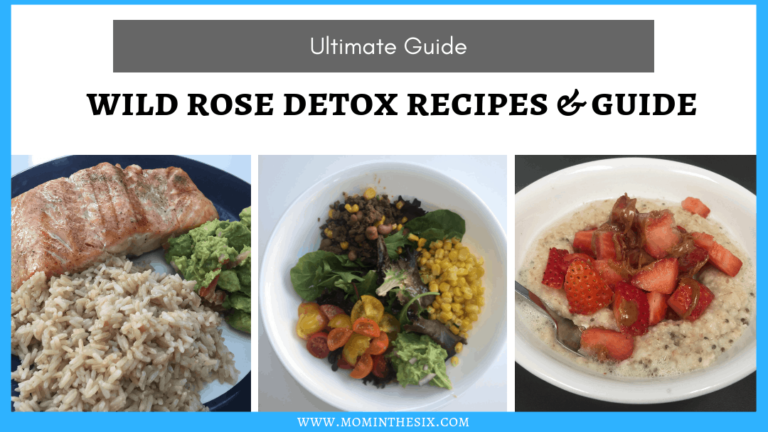 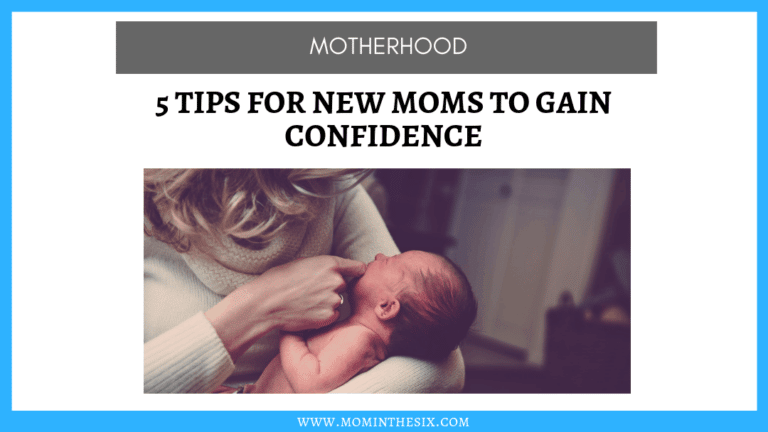 The “fourth trimester” can be very stressful for new moms.   Two recent studies found that women need time to get comfortable with their new…